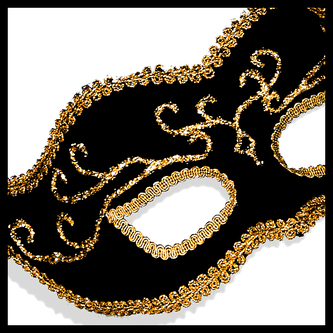 The artists were asked to evoke the sinister, the festive, the macabre, the jubilant, the mischievous to create a virtual masquerade ball at Arc Gallery.

JUROR - JACK FISCHER: Jack Fischer is the owner of Jack Fischer Gallery at 49 Geary in San Francisco. His gallery exhibits work from a diverse group of artists that fall under the rubrics of 'outsider, folk, contemporary, naive, visionary, self-taught, and intuitive.' - Visit www.jackfischergallery.com

JUROR'S CHOICE AWARDS:
Three Juror’s Choice awards were bestowed to the works that expressed the most imaginative interpretation of Masquerade.

- Virginia artist Courtney Murphy’s painting, Soliloquy, twists the neoclassical image of a woman in a formal satin gown by revealing only a fragment of her allure, and story, to the viewer. Dr. Murphy teaches at the Art Institute of Washington Northern Virginia, and holds an M.F.A. from New York Academy of Art, as well as a B.A. from University of California Davis.

- San Francisco artist Michelle Peckham’s digital image, Fight or Flight, explores emotional and physical transformations during breast cancer treatment and beyond. She holds a Master’s degree in Interior Architecture from Rhode Island School of Design and a Bachelor of Arts degree in Studio Art from Scripps College.

- Polish-born artist Michal Wisniowski’s mixed media painting, Eastern Block #10, investigates his memories of Communist oppression through the metaphor of an architectural motif. The ubiquitous gray architecture exemplifies the mundane activities that took place within them, as well as the secrecy, torture and governance that ruled the lives of Polish citizens.  Wisniowski currently resides in the Bay Area.