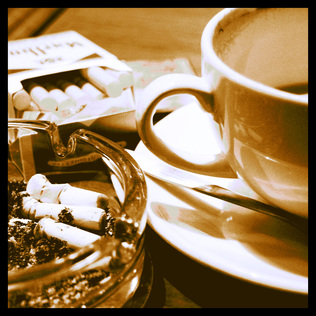 Step right up!  With a handful of glitter and a roaring blast through a dented megaphone, Arc Gallery announces an exhibition based on the inherently visual musical world of Mr. Tom Waits.

This one-of-a-kind, unique exhibition will shine a bright dingy yellow spotlight on artwork in all media and all genres. Like a Tom Waits Song features the work of artists who have found themselves deeply moved, enraptured, bemused or inspired by Tom Waits and will be enjoyed by art and music lovers alike. 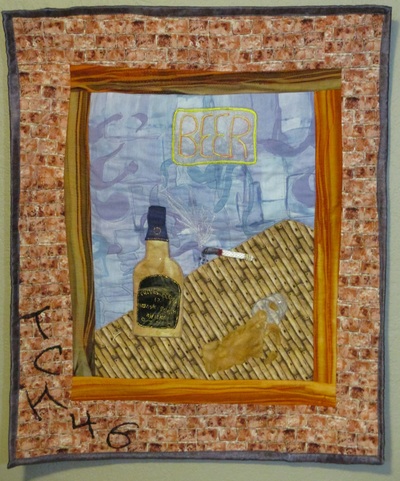 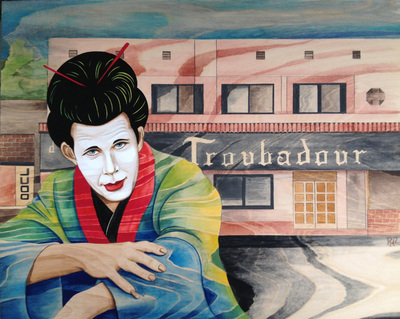 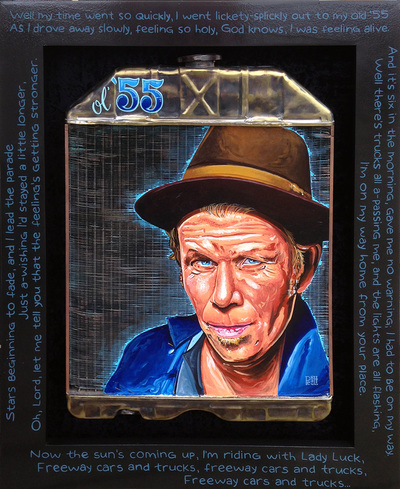 "My first priority was to base the awards on the unique way in which the artist portrayed 'a Tom Waits Song'.  The second priority was to select three artists that approached the theme using different mediums, i.e. painting, mixed media, and quilting.

"The quilt with textured collage by Trudi Chamoff Hauptman, evokes the "Downtown" vibe of a dark, mysterious bar scene, packed with people, liquor, cigarette smoke and the promise for something more.

"The portrait of Tom Waits by Michael Perault painted on the discarded radiator from the 50's, incorporating lyrics from "Ol' 55" around the frame, was so different from any other entries.   The mood was recreated by this talented painter, so much that I could hear the lyrics, "freeway cars and trucks", without even playing the music." 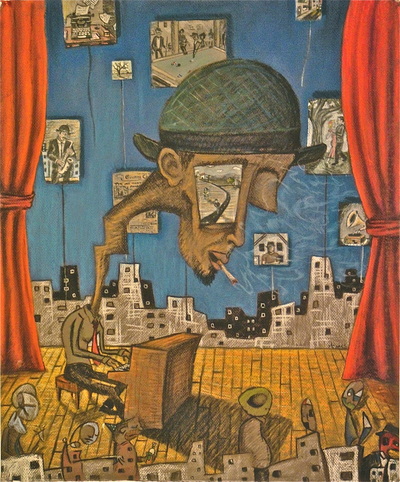 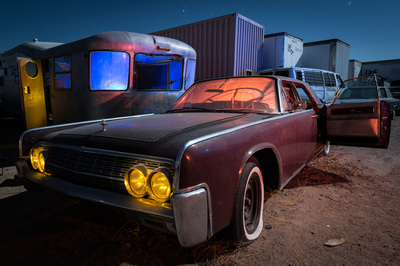 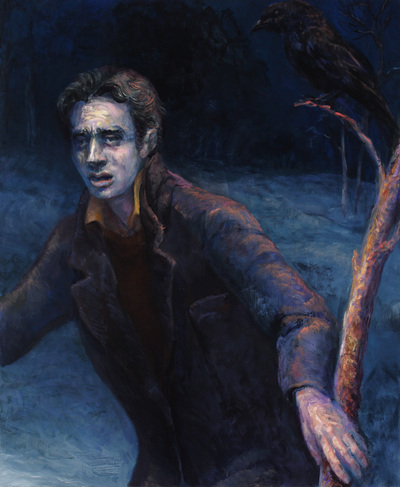 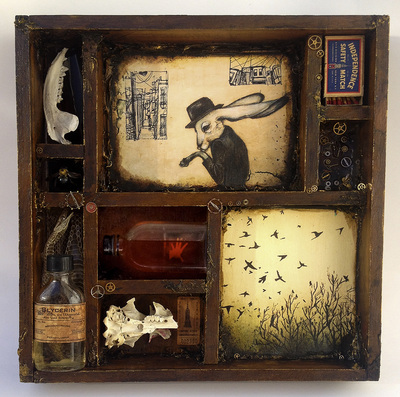 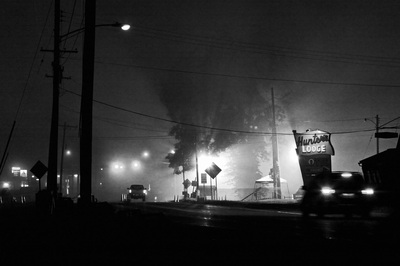 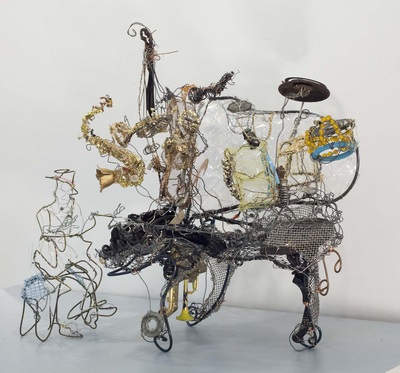 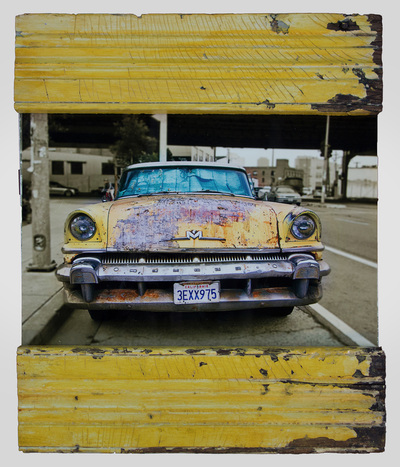 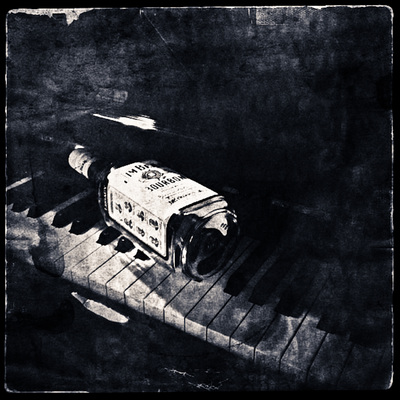 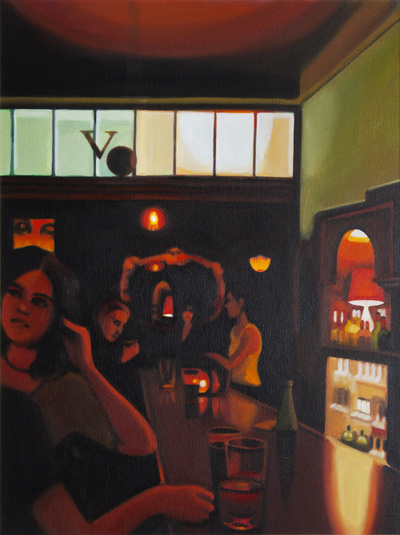 "Like a Tom Waits Song" Juror's Statement by Andrea Schwartz:

I began the jurying process by reading about Tom Waits and learning more about him.

Soon after I started reading the submissions, I decided that I needed to listen to the music of Tom Waits while jurying the work.  Most of the artists included brief statements that described why they included the artwork they did and many indicated which of his songs influenced them while creating it.  In many cases I was able to find the recording of the song they listed, and play it while reviewing their work.  I found this process to be most inspirational and in many instances, it was apparent to me that the artist was affected by him in one way or another.  These were the works that I found to be most interesting and that ended up in the show in the gallery.

I intentionally focused on selecting works from all mediums, i.e. painting, drawing, printmaking, photography, mixed media, and sculpture.  I felt this would not only make it a more interesting group show overall, but also that it was important to include the wide variety of mediums that had been submitted.  I tried to balance the selection, and was careful not to include an exaggerated number of painters opposed to photographers.  My first love is painting, which is why I consciously was aware of not letting painting overshadow another medium, although I do think there might be a few more painters overall.

The online selections I chose were also important works that I was convinced should not be missed and truly portrayed the theme.  The limit of 28 works of art for the gallery show was not an easy task to narrow down, which is why the staff at Arc knew that it was so important to have the continuation of the online selections.

This is not to say that the artists that were not included in either category did not make competent and successful works, but were perhaps, in my opinion, not as convincing of the theme or simply that they were only caught up in the process of elimination.  Many hours later, and after many Tom Waits songs and silent lyrics, the selections and eliminations were completed.  I must say, a mood was created by listening to his music, while reading the thoughts and intentions of the artists and viewing each work several times over, almost as though Tom himself was looking over my shoulder.

I want to thank all the artists for submitting and believing in the process, Stephen, Michael and Priscilla at Arc Gallery for inviting me and to Tom Waits for making this possible.