The 1776 United States Declaration of Independence states that all men have a right to "life, liberty, and the pursuit of happiness." “Liberty” is defined as freedom from arbitrary restraints and takes into account the rights of all involved. The history of this country is filled with struggles for liberty, ranging from freedom from foreign rule, emancipation from slavery, civil rights, women’s right to vote, reproductive choice, gender rights, farm workers’ rights, rights of refugees, access to health care, right to bear arms, etc. Sometimes, “liberty” for one group of people may antagonize another. ​
Juror's Choice Awards:  Marie Bergstedt, Geoffrey Nelson, & Arika Von Edler 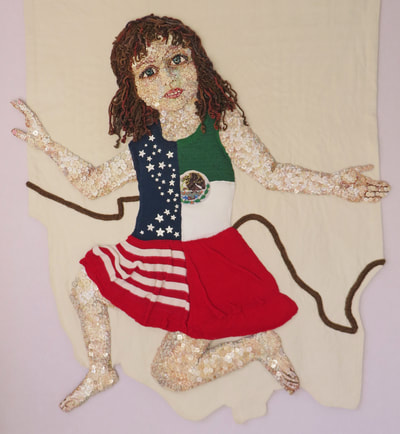 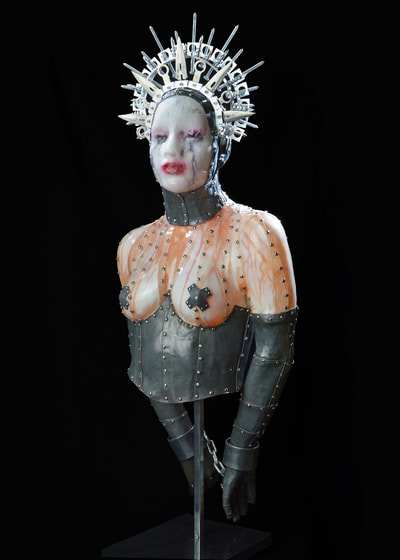 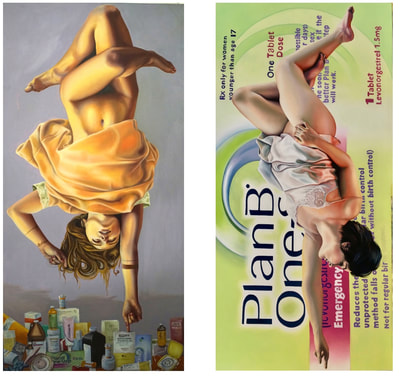 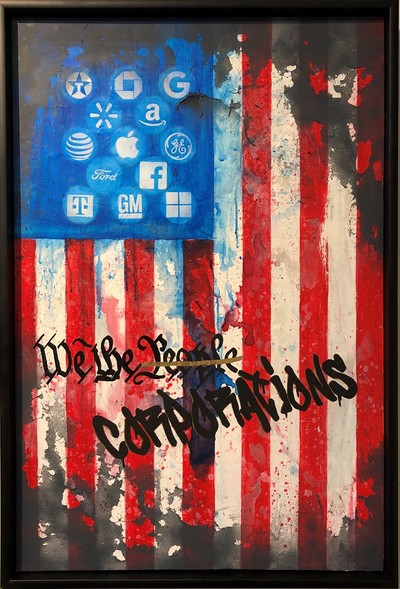 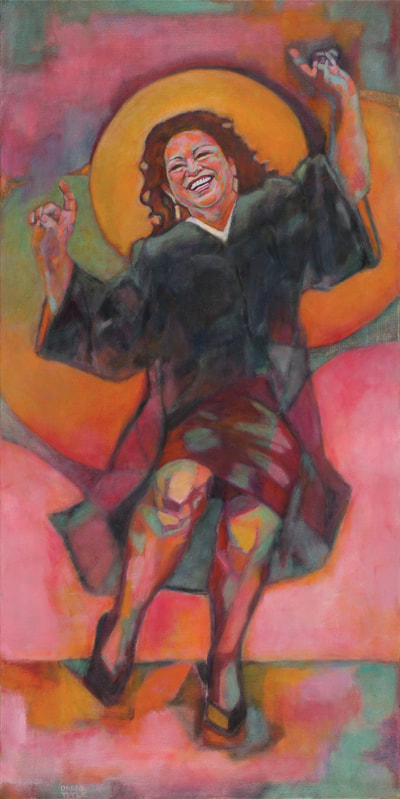 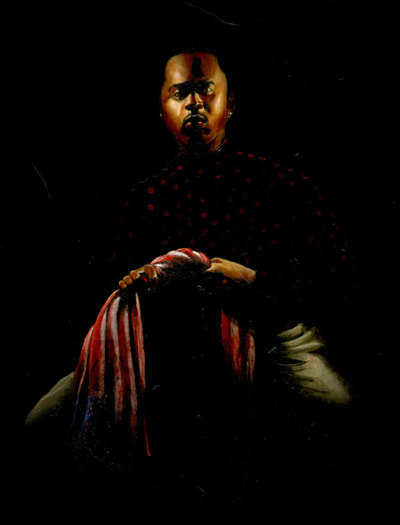 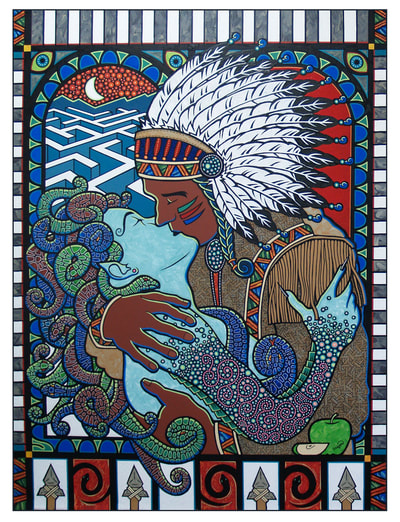 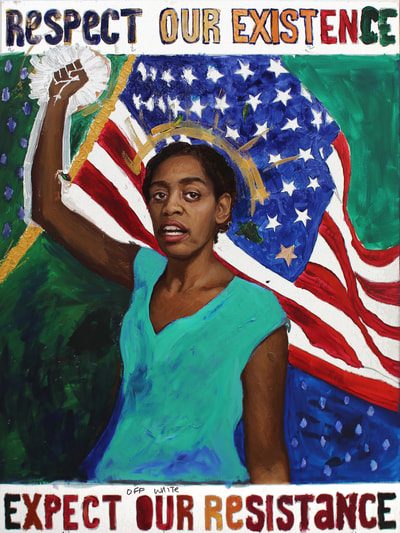 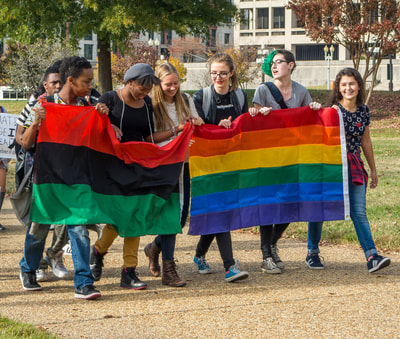 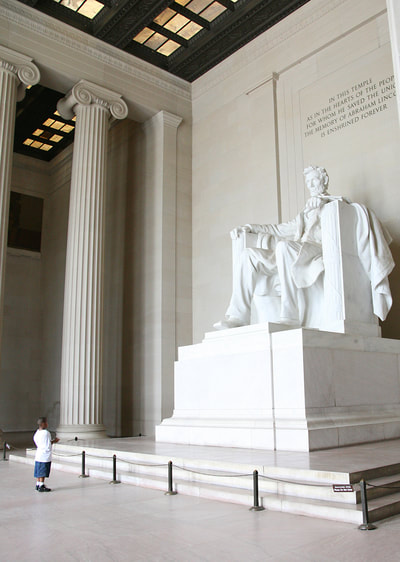 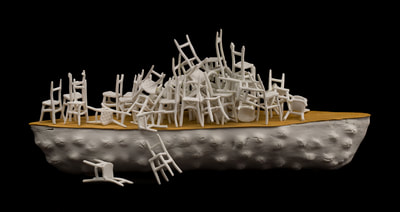 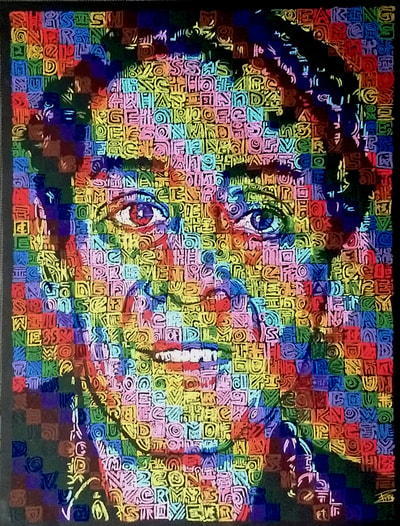 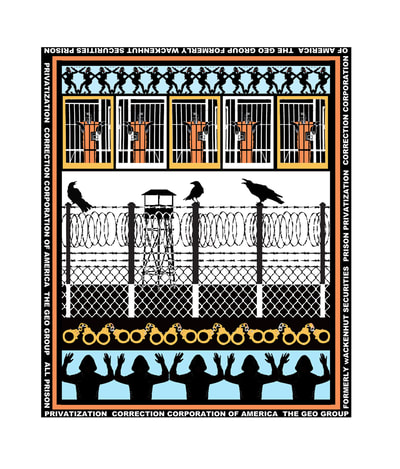 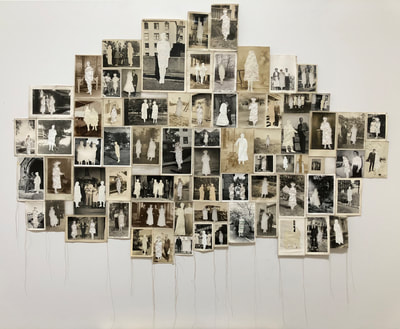 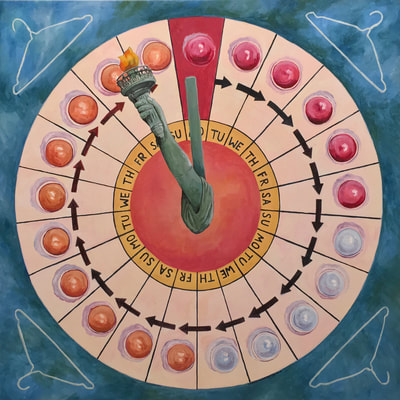 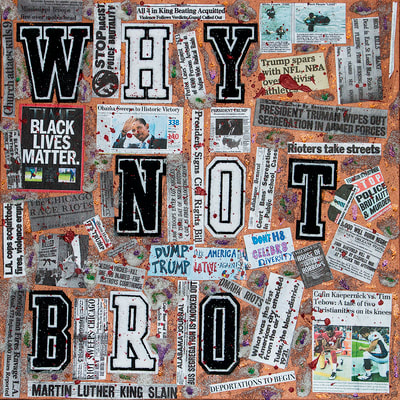 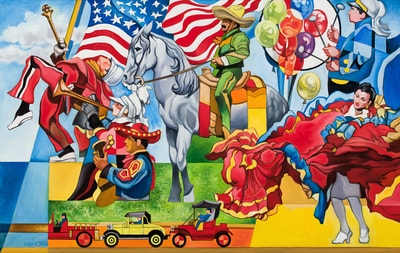 I have juried a lot of shows in my time, but this was one of the toughest.  The poignancy of the subject matter in these times clearly inspired a lot of passion and some of the works were raw and strong.  Surely Lady Liberty reigned over all as an absolute symbol of freedom and acceptance and her famous crown will be a motif in the installation as she appears shackled, ashamed, crying, blinded or trivialized in various works.

The sculpture, “Liberty Bound,” was particularly poignant to me, both because of its masterful execution and because of its powerful impact.  It can be interpreted many ways and I hesitate to put my own interpretation here to allow for a more open flow of impressions, but it speaks to issues of slavery, sexuality and freedom powerfully and eloquently.

I chose the large diptych, “Imbalance and Plan A” for its depiction of the limited choices given to women in terms of their own body.  The format and style of the paintings are reminiscent of the large Belle Epoch posters with their idealized large-scale depictions of women like Loie Fuller, the dancer.  In these diptychs, the women are upside down and exposed, making them vulnerable, while their choices are nearly all pharmaceutical.  Plan B is the actual “morning after” pill, in which women raise their progesterone levels to deter pregnancy and it is not a preferred form of birth control.  The paintings speak to how women bear the brunt of the consequences for sexual encounters and men end up deciding what their options are.  Ironically, the Plan B option, levonorgestrel is often administered by Planned Parenthood and even that would not be a choice should current efforts prevail. In cases of rape or non-consensual sex, victims are doubly victimized

“Love Crosses Borders” speaks to current times because the young girl is made of several flag motifs and so many of us have the blood of immigrants from many countries. The young girl as the subject matter was also poignant as we seek to empower women during these times.  I was also attracted to the medium - needlepoint canvas, buttons and beads – ways of working associated in earlier times with “women’s work,” giving it an additional feminist dimension.

I really enjoyed so many of these thought-provoking works.  I want to give a shout out to the dye-diffused metal works, “Equal Access Library” and “Equal Access Public Place” for their lessons in history.  The inset in the face of the woman in “Equal Access Public Place” is a diner where blacks staged a sit-in to assert their equal rights.  I believe the face is that of Rosa Parks.  “The Equal Access Library” was an education for me.  I had not known earlier about the Plessy v. Ferguson case in 1896 establishing the “separate but equal” law that legalized segregated libraries rather than give access to all public libraries.  It is sad to imagine that a public library would not be open to everyone. That has been redressed, but really not that long ago.

I want to also give a shout out to “Field of Dreams” for its visual double intendre and interesting appropriation of a famous painting by Diego Rivera, “Calla Lily Vendor.”  In the original painting a young woman is kneeling while a man loads a large basket of calla lilies onto her back to sell, such a perfect metaphor for what immigrant populations bring to this country both culturally and by the fruits of their labor.  In “Field of Dreams,” the woman becomes Liberty herself whose head is bent and whose hands are in chains.  Shackled, she is unable to bring her gifts to market.